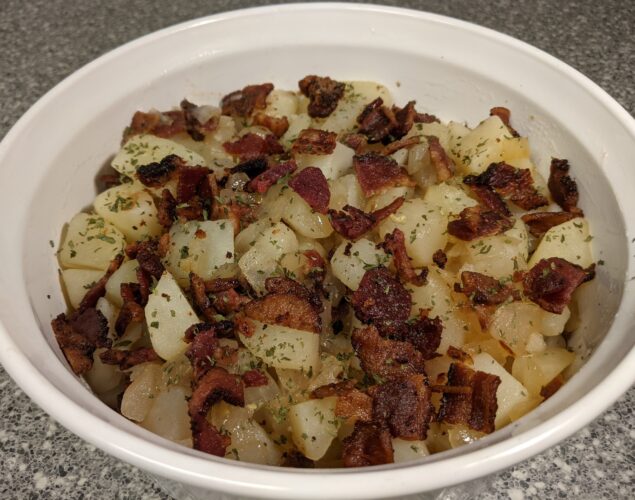 Appetizers and Sides Recipes
May 7, 2021The Frugaler

Potato salad is believed to have originated in Germany, spreading largely throughout Europe, European colonies and later Asia. There are many different ways to make German potato salad and different regions have different ways of doing things. This warm, bacon-loaded recipe is mostly made in the southeastern region of Germany, in Bavaria.

Yellow or red potatoes work really well in this salad. Yellow and red potatoes are considered waxy varieties that hold their shape after being cooked. If you prefer you can cook the potatoes whole and peel them while they are still hot or you can leave the skin on. This recipe called for peeling the potatoes before cooking them, I thought it worked really well and I didn’t have to play “Hot Potato”.

I love cooking my bacon in the oven. Oven Baked Bacon is so easy and you don’t have to deal with splattering grease. No matter how you decide to cook it you will want to reserve the bacon grease. It is going to be the base of the salad dressing, so whatever you do, don’t discard it.

The dressing consists of bacon grease, onion, vinegar, water, sugar and celery salt.
Bacon Grease – You’ll want 2 tablespoons to 1/4 cup of bacon grease to cook the onion in.
Onion – You can use any type of onion that you like in this salad. Cook the onion in the bacon grease just until they are softened and translucent. Don’t drain off the bacon grease.
Vinegar – I like this salad with apple cider vinegar, but white vinegar will work as well.
Water – Chicken or beef broth would work as a substitution for the water if you want to change it up a little.
Sugar – The vinegar and sugar work together to create a slightly sweet and tangy dressing.
Celery Salt – I think celery salt adds a nice flavor to this dish, but regular salt can be used instead. 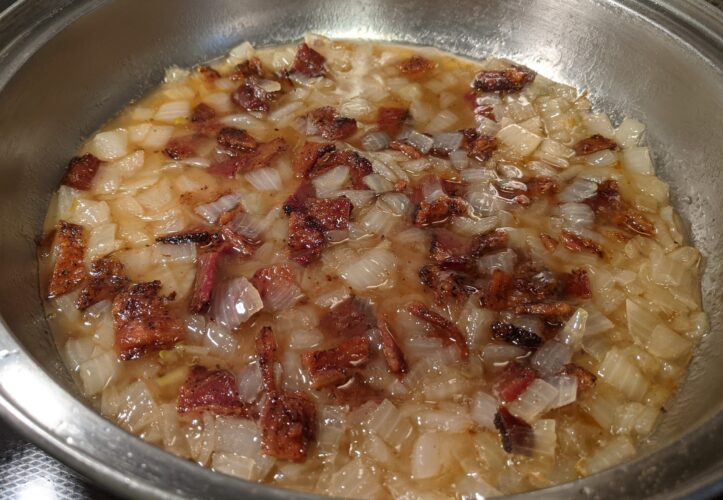 German Potato Salad is traditionally served warm, but you can serve it warm or cold, It’s just a matter of personal preference. The recipe includes instructions for serving either warm or cold. 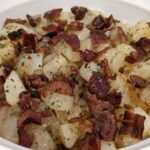 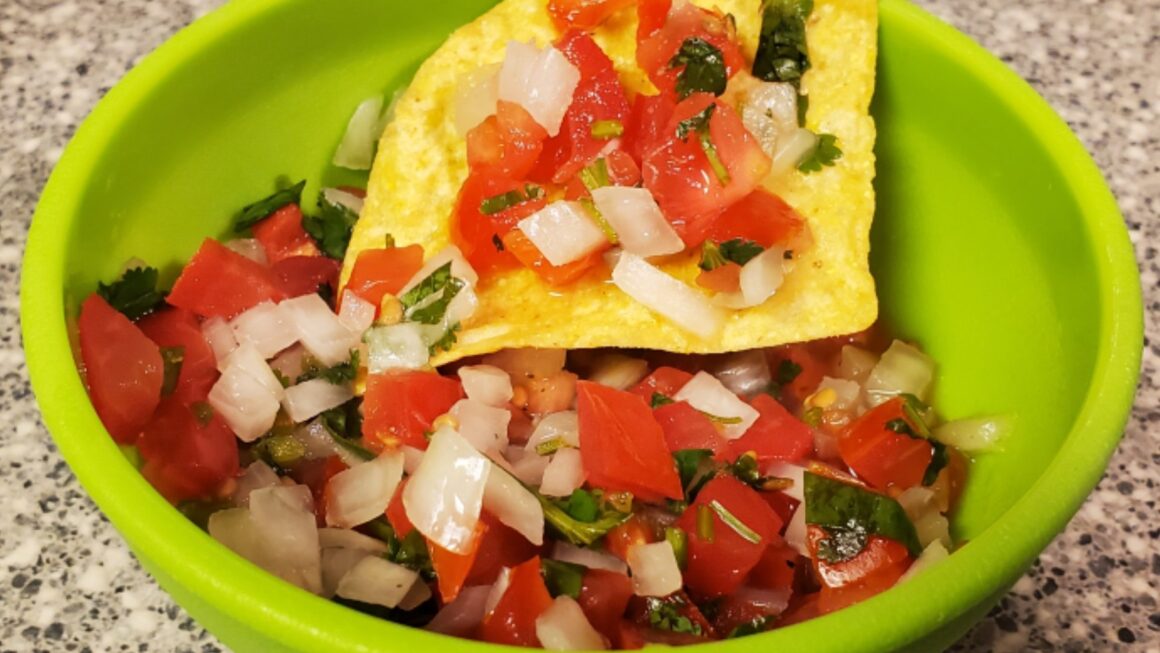 Appetizers and Sides Recipes
May 4, 2022The Frugaler 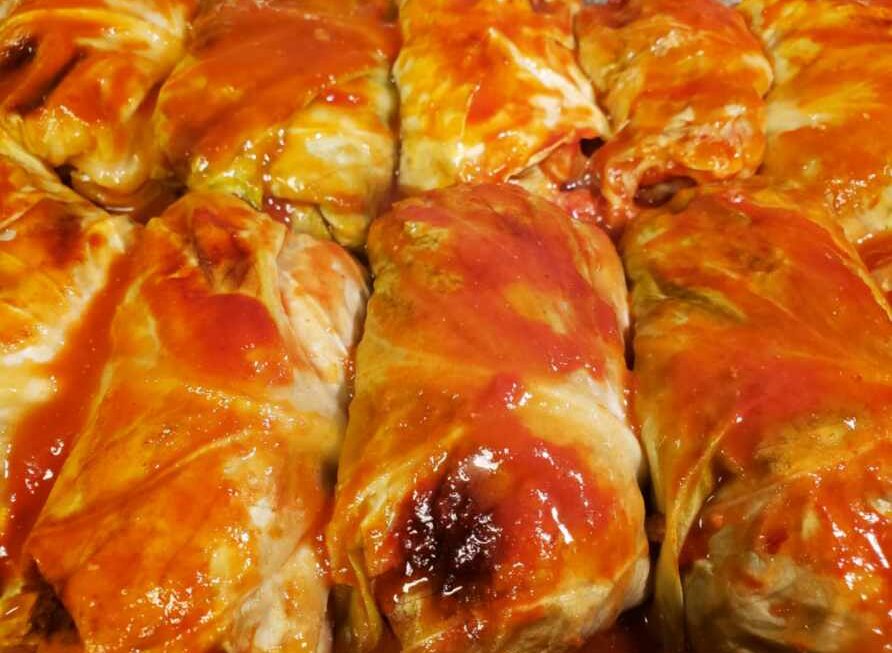 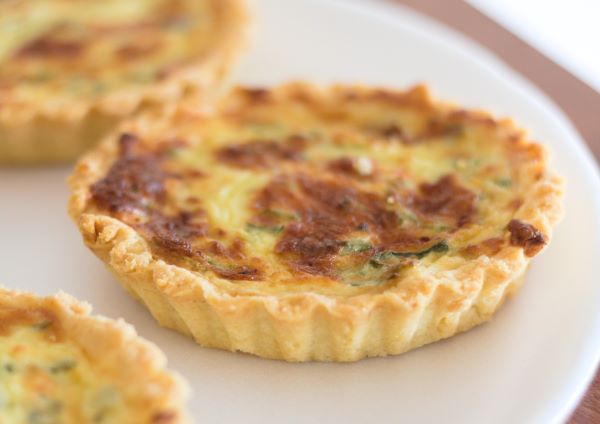