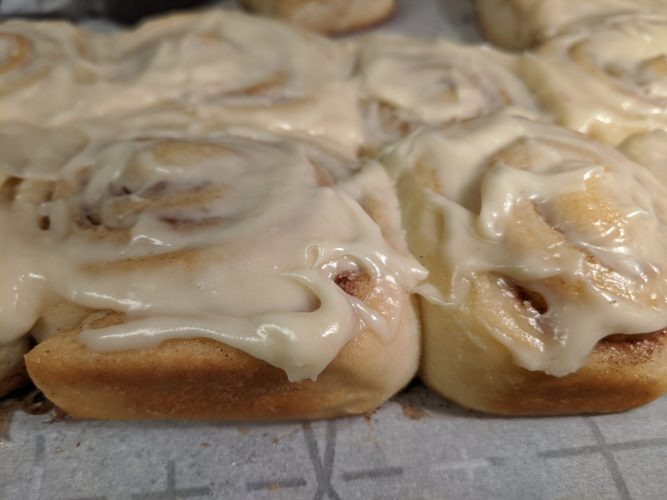 Love Cinnamon Rolls, but not all the work it takes to make them? Let your bread machine do the hard work for you. Nothing beats fresh rolls straight from the oven!

Place the ingredients for the dough in your machine in the order listed. To keep the yeast from touching the liquids make an indentation on top of the flour. Set your machine to run on the dough cycle. 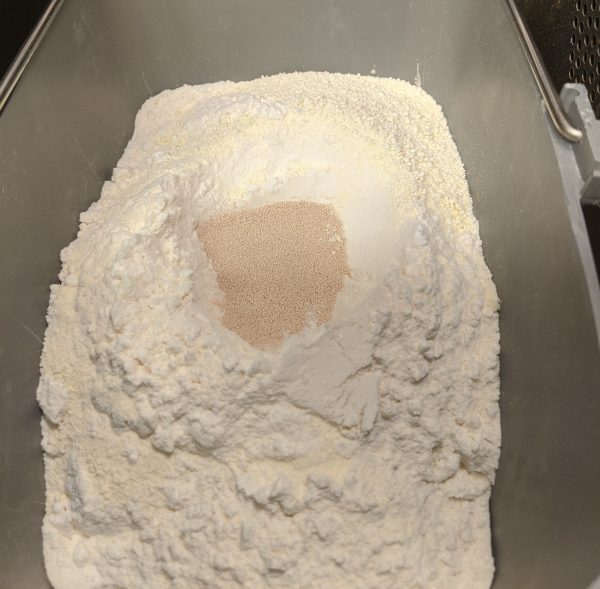 After dough is done, take it out and split the dough in half. Place dough on a well floured surface. Roll one mound of your dough out into a rectangle shape, approximately 1/4 inch thick. It doesn’t need to be perfect.

Top the butter with half of the cinnamon sugar mixture. I have tried both granulated sugar and brown sugar. Brown sugar and butter creates a syrupy gooey filling. White sugar will stay more granular and have less depth of flavor, but allows you to taste the cinnamon more. It’s all a matter of personal preference.

Starting from one of the small ends, roll dough up tightly. A tight roll helps the cinnamon rolls hold their shape while baking and when serving.

I use dental floss to cut the dough into cinnamon rolls. Place a strand of floss under the rolled dough; loop around the dough and cross the ends over each other and pull. The floss cuts through neatly and cleanly unlike most knives which can end up squishing the rolls. Cut the dough into 1 inch thick slices. The result will be a pinwheel shaped when turned on its side. 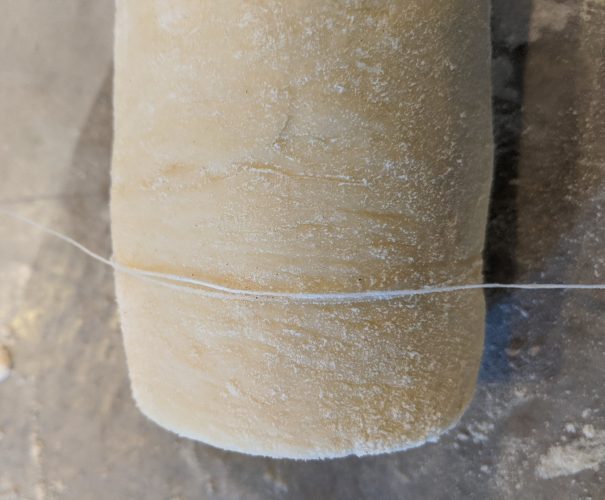 I like mine touching each other so they all are soft and not too browned on the outside. If you prefer each one browned on the outside, you want them not touching, spread them 1-2 inches apart on the baking sheet. You can brush any remaining butter on top of the rolls. Cover rolls with a clean dish towel and let rise for 25-30 minutes. 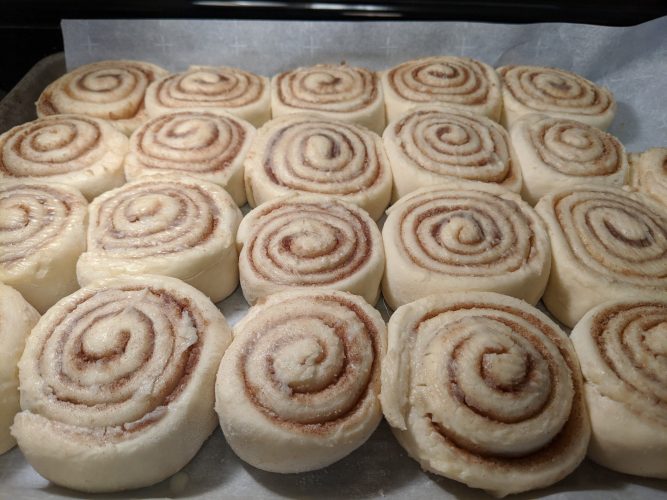 Bake in a 350° preheated oven for 18-22 minutes or until lightly brown on top. When pressed gently in the center, the cinnamon rolls should also feel firm, not squishy. 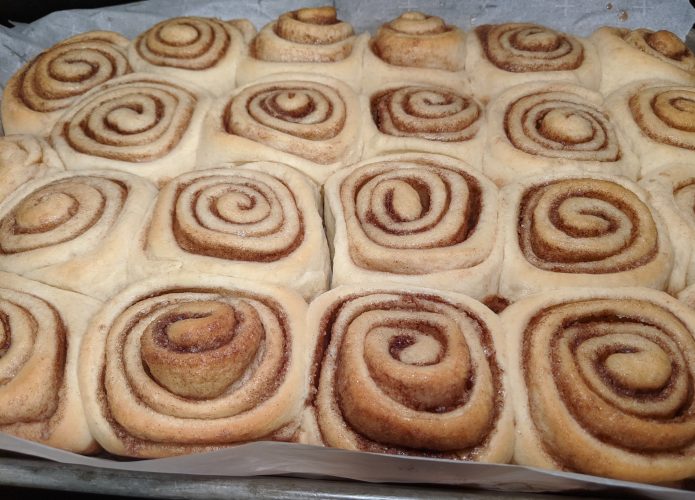 Let the rolls cool for 5 to 10 minutes before icing. If the rolls are too hot, the icing will ooze right off and into the bottom of the pan. A warm roll, however, will let the icing easily spread over the top and also set in place before serving. 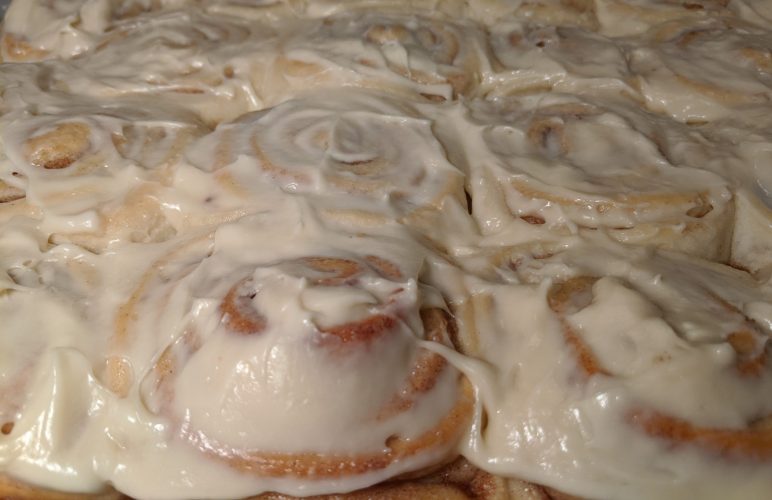 My family loves these with cream cheese frosting, but if you’d prefer a glaze this is a really good one. Cinnamon Roll Glaze. 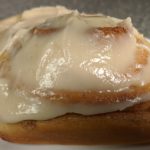 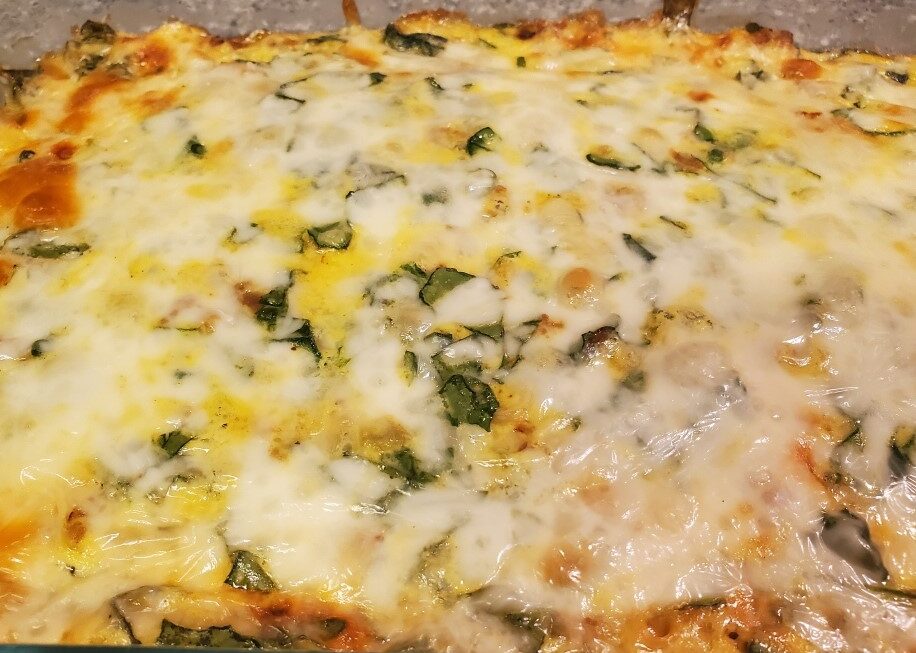 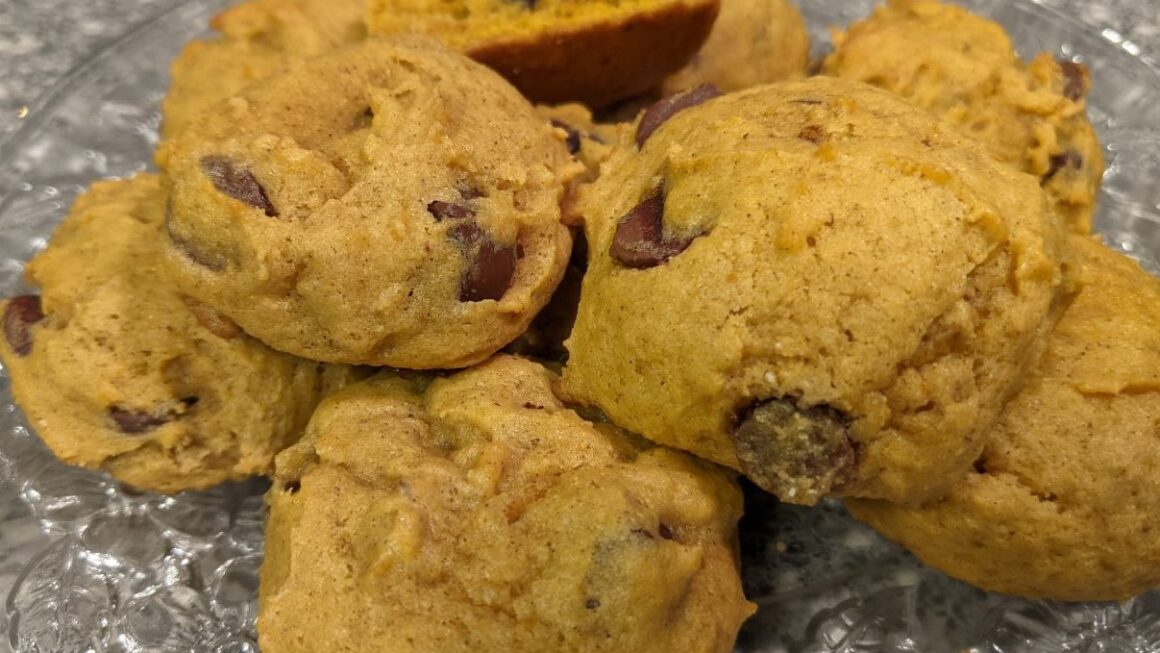 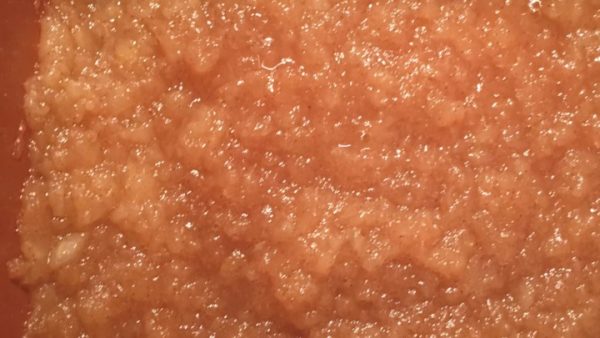