Beware of These Invasive Plants 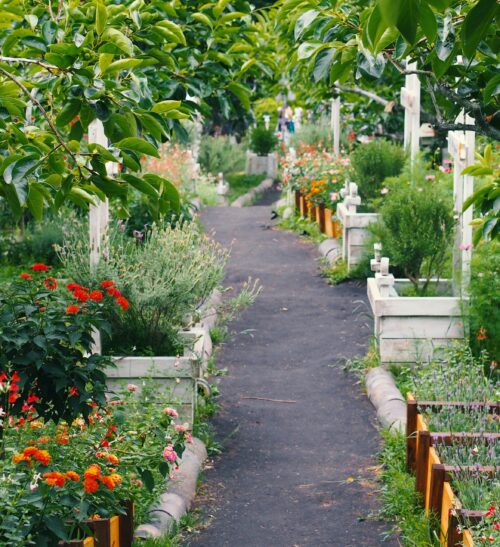 Beware of These Invasive Plants

If you’re anything like me then you are getting excited about spring and the opportunity to work in the garden. And like most gardeners, you probably enjoy adding new plants to your collection each year. But before you head to the garden center, be sure to watch out for these invasive plants! These species can quickly take over your garden and crowd out native plants. Without proper control, they can also cause serious damage to our natural ecosystems. So if you’re not careful, they could end up costing you a lot of time and money! 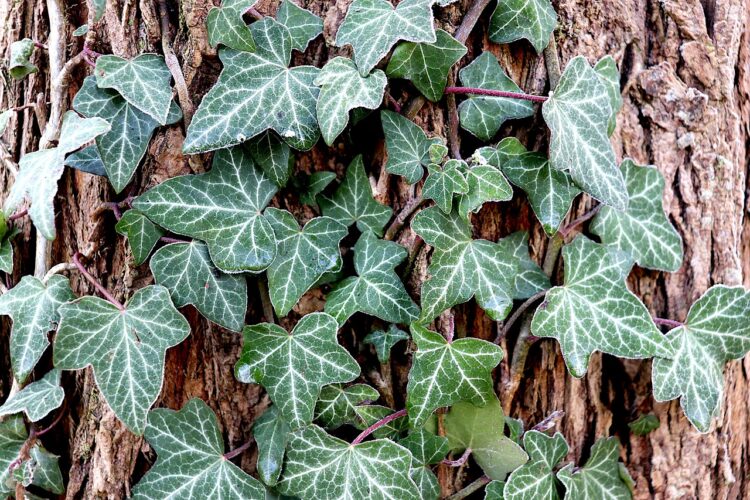 English Ivy is a popular garden plant, but it can quickly become an invasive species. This weed grows rapidly and spreads easily, often choking out other plants in the process. It also produces berries that can spread to new areas, making eradication difficult. Ivy can quickly take over a yard, clinging to everything in sight, including trees, bushes, and other plants. If you want to grow ivy in your yard, you’ll have to track its development and chop it back regularly to keep it from crowding out other plants and encroaching on the surrounding areas. 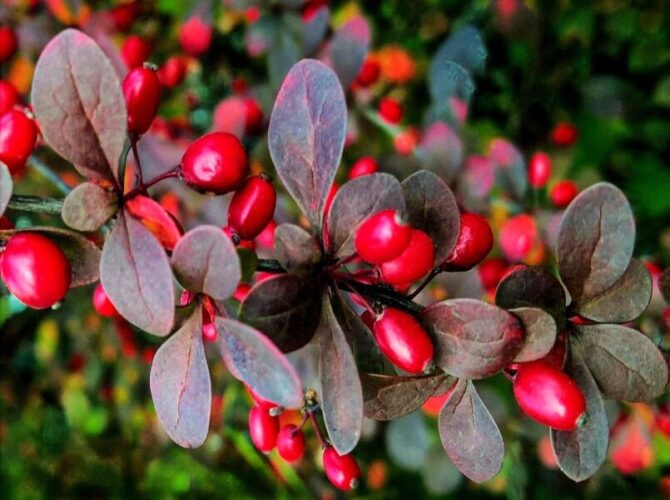 Barberry is another fast-growing plant that can easily become invasive. This shrub produces a lot of seeds, which can be transported to new areas by birds and other animals. Once they take root, barberry bushes can quickly spread and crowd out other plants. They also produce thorns that can make them difficult to remove. Much of the Midwest has classified it as a dangerous invader, emphasizing that it should never be introduced. If you’re considering adding barberry to your garden, be sure to do your research and choose a location where it won’t cause problems for other plants. 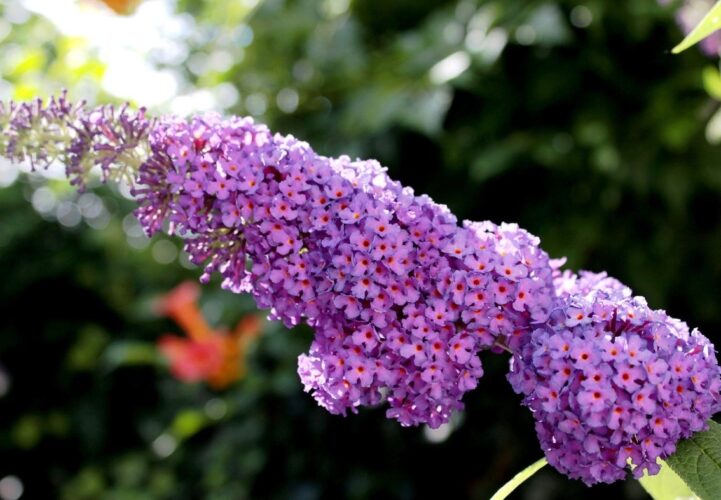 The butterfly bush is one of the Pacific Northwest’s worst invaders, it is also a severe problem in portions of the Southeast. The Butterfly bush grows rapidly and can easily spread to new areas, where it can take over the landscape. It can crowd out other plants and reduce plant diversity.  It also provides poor habitat for native insects and birds. This bush is also known for its fragrant flowers, which can attract unwanted pests like Japanese beetles. So while it is a beautiful bush, be wary of its invasive nature. 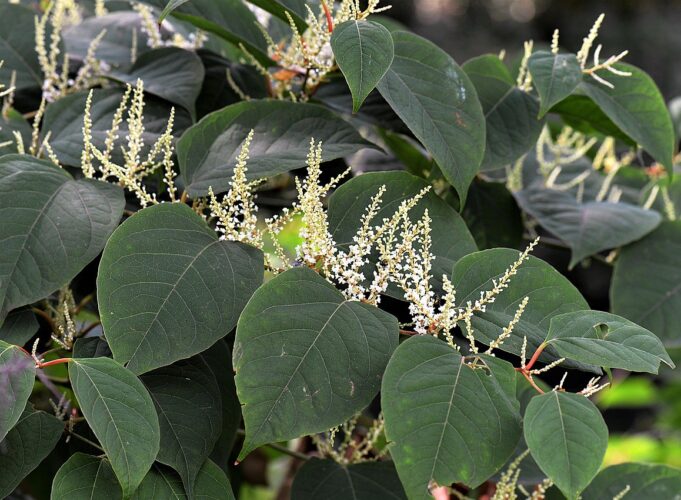 Japanese knotweed is one of the most aggressive and destructive invasive plants in the United States. This plant can grow up to 12 feet tall, with roots that can extend 20 feet into the ground. It can quickly spread through rhizomes, or underground stems, forming dense thickets that crowd out native plants. Japanese knotweed is also difficult to control because it produces a large number of seeds that can be transported to new areas by animals. Even small fragments of this plant can regenerate into a new plant, making eradication extremely difficult. It’s important to be on the lookout for Japanese knotweed if you live in an area where it is known to grow. 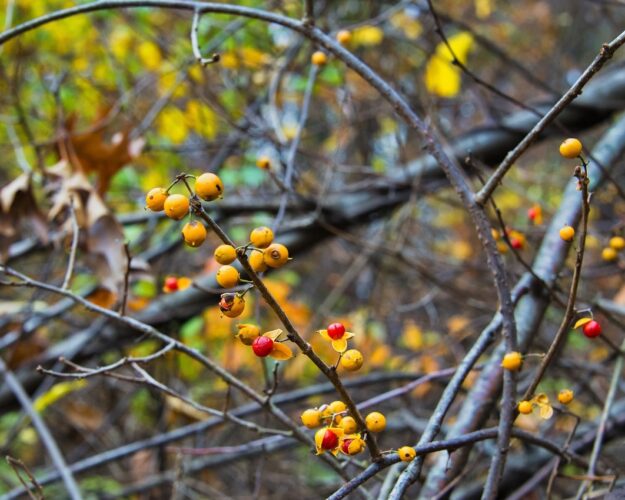 There are three “bittersweets,” and it’s crucial to distinguish between them: oriental bittersweet, American bittersweet, and bittersweet nightshade. The Oriental bittersweet vine is undoubtedly one of the worst invasive plants in North America. The other forms are also invasive, albeit to a lesser degree than oriental bittersweet. American bittersweet has pretty crimson- or orange-colored berries that are commonly used in ornamental arrangements. If you’re not careful, these berries can spread to new areas and create a big problem. Bittersweet nightshade is a weed that often grows in disturbed areas. It produces small blackberries that are poisonous to humans and animals. All three of these plants should be avoided if possible, as they can quickly take over an area and cause serious damage. 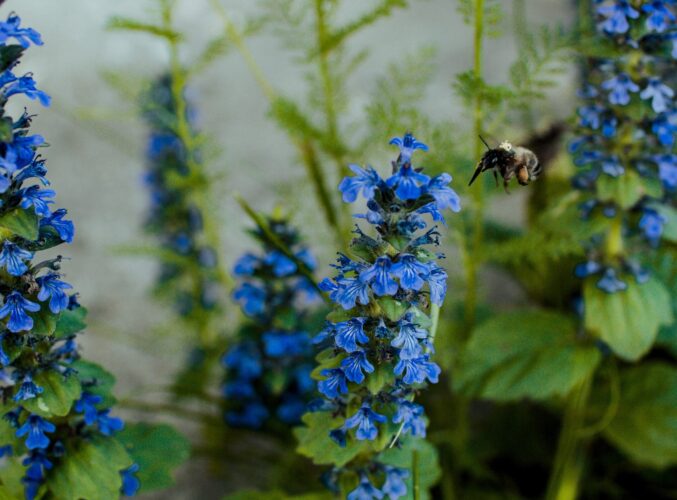 Bugleweed, also known as Ajuga, is a fast-growing groundcover that can quickly become invasive. This plant spreads easily by runners and forms dense mats that can choke out other plants. Bugleweed also attracts slugs, snails, and other pests. It’s important to be on the lookout for bugleweed if you live in an area where it is known to grow. It’s been used as a ground cover in shady places since it has lovely purple blooms and the ability to combat weeds. Keep an eye out for this one. 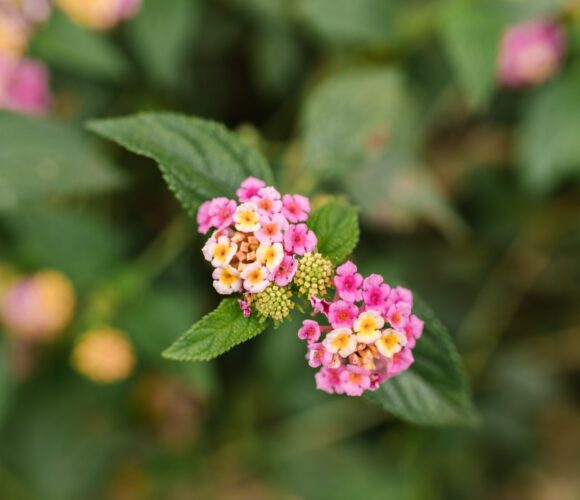 Lantana is a large-leafed evergreen shrub native to tropical regions. It is considered invasive in Florida and Georgia, as well as parts of the South all the way to California. However, it is completely harmless in colder climes north of zone 9, where it may be seen in hanging baskets. In hot zones, though, it has the potential to spread rapidly and naturalize in vast quantities. Be very careful with this one if you live in a warm climate! 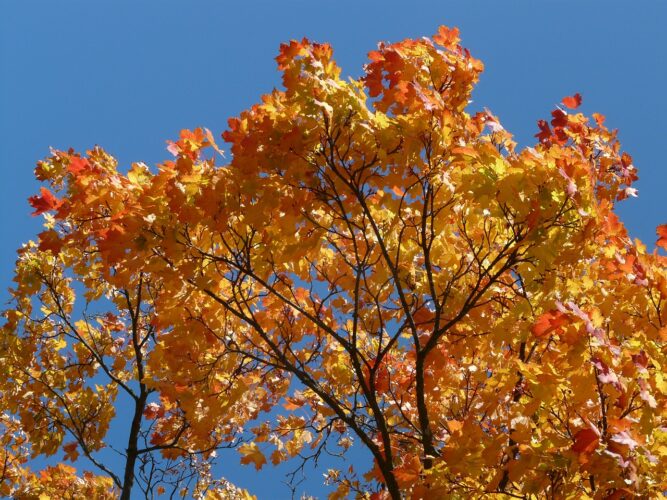 Norway maple was introduced into the United States in the early 1800s and has become a serious problem throughout much of the country. This tree can quickly take over an area, shading out native plants and reducing biodiversity. It also provides poor habitat for birds and other animals. Full-size trees, like Norway maple, can also be invasive. Norway maple is especially problematic in the Northeast and Midwest, where it has caused significant damage to forests. If you live in one of these areas, be sure to avoid planting this tree in your garden.

–If you’re considering adding any of these plants to your garden, be sure to do your research first and choose a location where they won’t cause problems for other plants. By being aware of these invasive plants, you can help protect your garden from them and keep your landscape healthy and diverse. These are just a few of the many invasive plants to watch out for. For more information, be sure to check out your local extension office or other online resources. 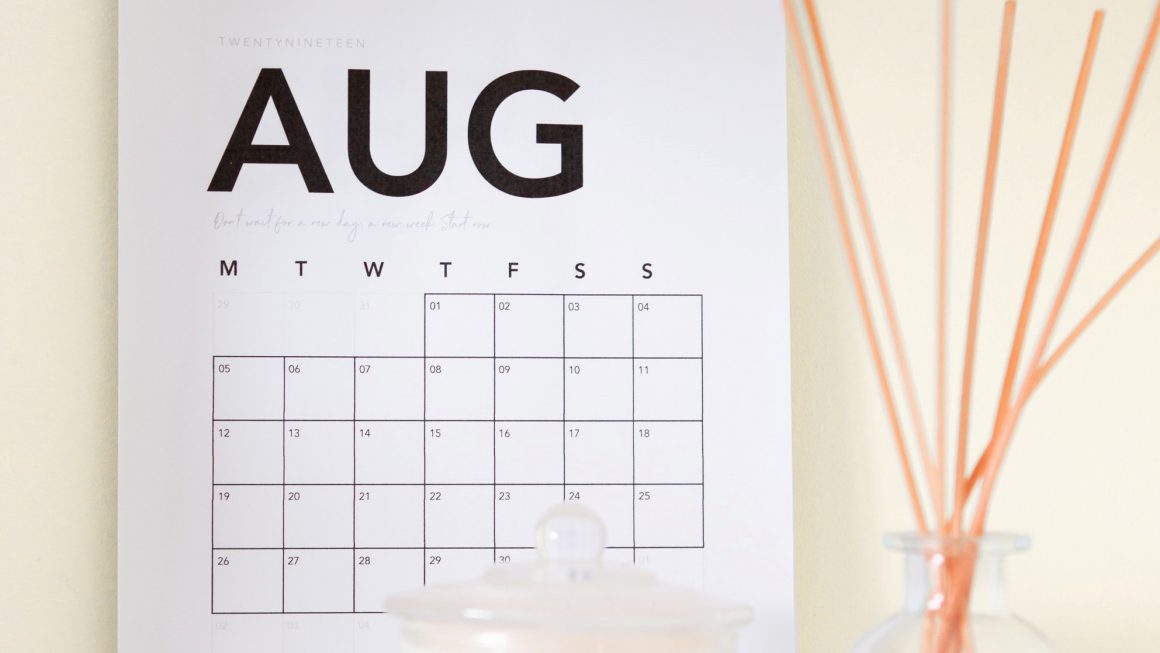 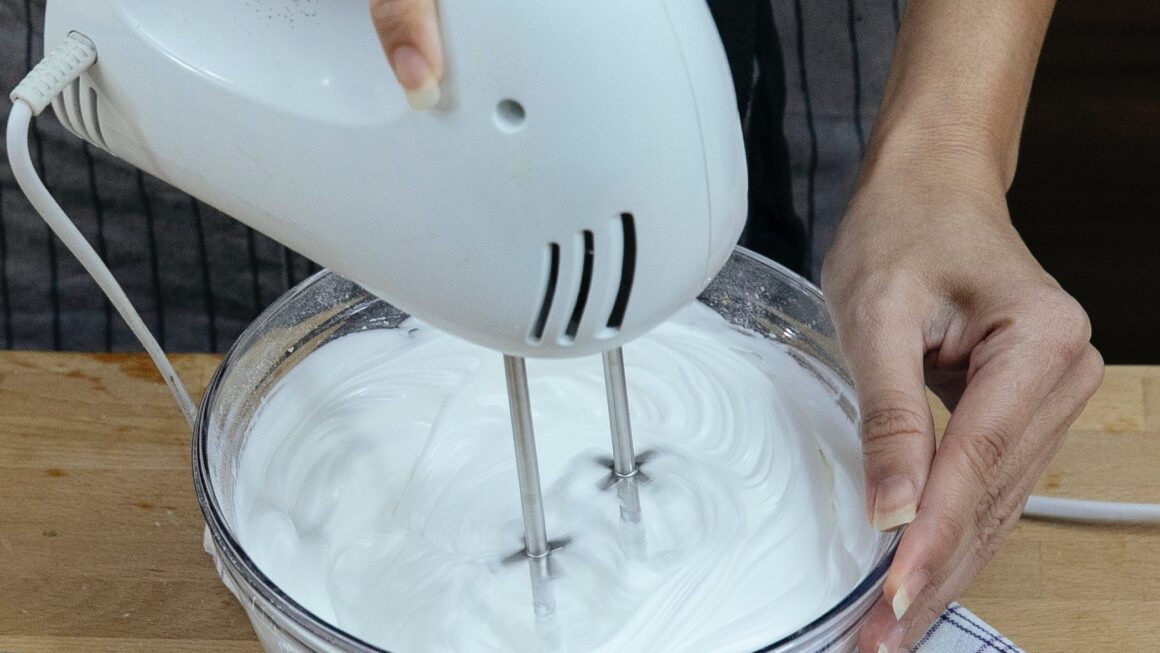 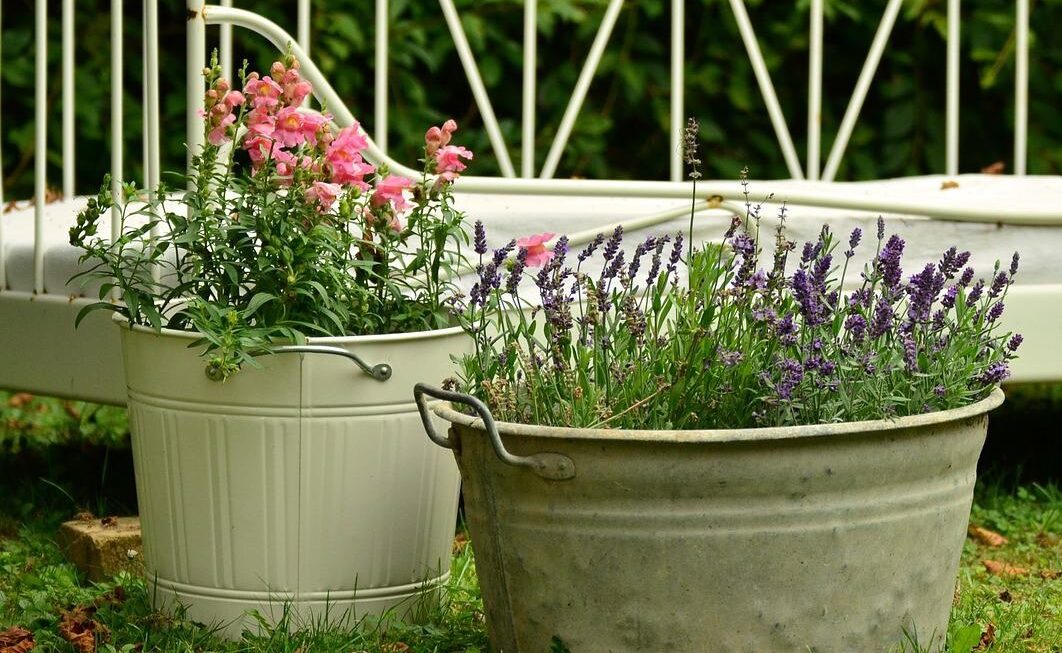